Paid Apps & Free Apps: The Pros and Cons of Each 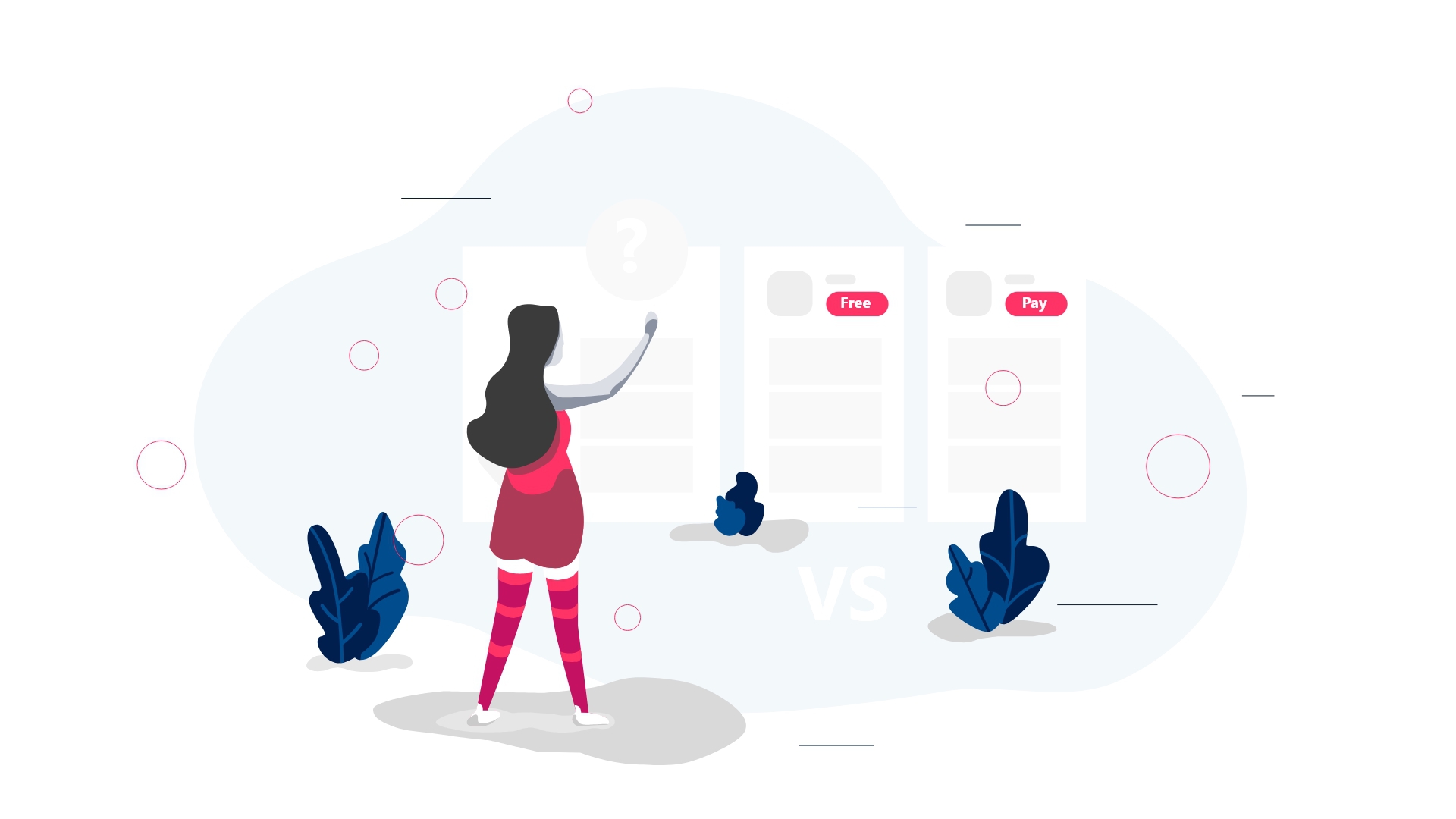 You can never have too many apps on your phone. There’s always something to make your tasks easier and more convenient to accomplish.

As a matter of fact, the market keeps growing with a download count for 2018 coming at 205.4 billion apps. As the market continues to grow and boom, the apps developed have ranged from video games to utility apps that people use on their smartphones for the everyday grind.

Venturing to the app development scene may prove daunting as the decision stands. Would it be best to develop a free app or a paid app for your business?

Before you start with the development process, here is a comparison of the pros and cons of free and paid apps.

Free Apps are prevalent in both the iOS App Store and the Google Play Store. Easier to access and obtain. The following details are the pros and cons that you would encounter if you decide to create a free app and set it out on the market.

Free apps tend to have an appeal to new customers due to its ease of access. It makes apps easier to procure for any curious onlooker to try out. This way, the app gets downloaded and becomes prevalent as more people get to use it.

Through this, the app increases in visibility and presence to the public as a lot of people make use of it. The effect is a wider reach and a more mainstream appeal. Another effect of the popularity of free apps is that there are communities that form due to a great number of users that availed of the app for free.

One thing to note about creating free apps is that you will not need it to be complex. A simpler build can allow ease of development and budget. A good reason why a less complex build would work well with free apps is due to customers having lower expectations for them.

There are a number of free apps that had simple features but have become an instrumental tool for a lot of people. To cite a few examples, look at the apps like Waze or Grammarly, which are free apps with a simple setup yet are well sought for due to how useful they are.

A good thing about free apps is that they are far more likely to receive positive reviews. This is partly due to their accessibility and simplicity. An advantage that you would get is that positive reviews will optimize your app in the market.

With reviews, your app becomes well-recommended that it becomes far more visible. This guarantees an increase in new customers that would utilize the product you offer. A good thing about positive reviews is that this also assures of your image as a company and can help you gauge the customer satisfaction received from the app.

A notable downside for free apps is that there is a fierce amount of competition. There will be other apps on the market that will also vie for the customer’s attention and may also offer the same kind of service that your app would have.

This is notably prevalent with other business apps. But the same is true with game apps, especially those of the same genre with the same mechanics offered.

A notable issue that surfaces with competition is the rather loose loyalty that customers have due to the app being free. Combined with the numerous selection of free apps within reach, these customers can simply drop the app and go for the alternative.

This is an issue that is evident with free apps, as mentioned in passing earlier. Due to the fact that there are numerous apps on the market, users are more likely to switch from one app to another due to a myriad of reason. These can range from a glitch in the system, a dissatisfactory aspect to the service, or a simple whim of taste.

Another downside for free apps would be on the side of revenue and investment returns after market launch. While you can boast on the download numbers, you may end up without profits if there are no monetization strategies in place.

These strategies can range between in-app purchases to having ads in place on the app.

Paid Apps are on the other side of the spectrum, sporting well-thought features and quality in terms of build and runtime that suits the investment. Here are some pros and cons for putting paid apps into the market:

Paid apps have higher customer loyalty and this comes with the fact that paid apps have quality builds to boast, ensuring satisfaction. With quality services and features applied to the app, it ensures the customer that they are getting their money’s worth, thus reducing the need to even switch to apps offered by your competitors.

Another thing that you can guarantee is that you can also receive feedback to help you improve on the features of the app. You can be sure of their active engagement with you in the long run.

Pro 2. Less Competition on the Market

With paid apps, you have a lesser competition compared to free apps. It is due to the higher standards offered by paid apps and coupled with customers being far more engaged and loyal to their investment.

A paid app ensures that you get a return of investment. It means you generate income the more customers download your app. This is a direct indication that you are being able to monetize your apps through the online stores.

The notable downside with paid apps is that you only have one form of monetization. The idea of purchasing a paid app is to ensure that you only make one purchase to have the full product in your hands. Putting additional monetization options may end up being detrimental for you.

This also brings to light the tendency of customers being somewhat lesser, due to certain people who would end up steering away from the app as they prefer not to spend at all.

Along with the reputation of paid apps being of better quality in build and features compared to free apps, the expectation is also high. Customers would want to see the app operate smoothly and meet or exceed the standards they have placed.

Well-reputed companies produce paid apps due to the quality they bring forth with their work. Purchased games hold an expectation for being complete. Ensuring that there wouldn’t be a need for in-app purchases or any pay-to-win strategies.

Along with the quality of the build, the code and everything else in creating the app may be complex and resource intensive. That said, developing such an app may be expensive and would require a hefty budget.

However, it can be a worthy investment upon completion.

Design Your App With Us Today!

Should you invest in launching paid apps or free apps?

At the end of the day, it is a matter of choosing what would be the best way to market your brand and how would your company benefit from it. If you have a budding company, it would be best to start with free apps as it can allow you to establish your niche and market base.

Once you have grown your customer base and reach and you are confident enough, you can venture towards creating a paid app.

Whichever your decision is, we are available to assist you in building the app that you envision to create. Contact us and we will be there to help you get started.